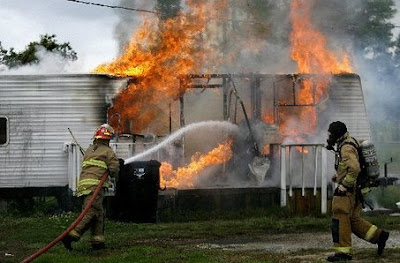 I was at work for fifteen hours today. I got home late, tired and cranky. I opened the door and smelled burning rancid grease. I had left the stove on, with a frying pan sitting on the flames. 15 hours. I'm amazed the place didn't burn down. I'm trying to work my way around to feeling grateful. Mostly I feel tired. I hope I'm not planning to burn the place down. You know, stir things up, create a little excitement.

I'm not crazy about the M4A format either. I'm working on it.

What you end up figuring out 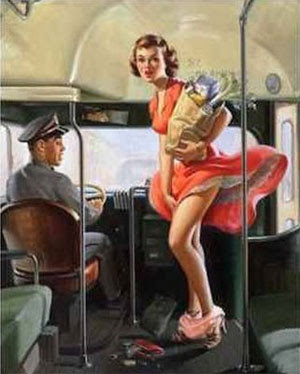 Most people will tell you that they are "better than average" drivers.

I used to share an occasional late night cup of coffee with an old timer named Sonny. He was a Greyhound man from the old days, back before the lockouts and strikes, back before the smart money boys had run Greyhound into the ground. He'd been driving since the fifties and he had settled into a routine, driving the over night bus, up the coast from San Francisco to Crescent City.

Sonny would stop off in Santa Rosa and come into the Orange Bridge driver's room for a cup of coffee and a five minute break. I would usually be there, writing an incident report or watching television before I went home.

Other than that, there wasn't much conversation. Sonny would stand there, drink his coffee and leave. One night, after the usual long silence, he said, "You know, I can remember a time when I thought I was good at this shit." Then he finished his coffee and left.

Because this is supposed to be a blog about poetry...

I met someone who knew Rexroth. She said he was an asshole and an abusive husband. Too bad, the guy could really get the words to line up right.
Posted by Your driver at 9:47 PM 5 comments: 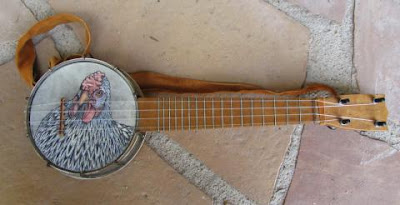 Everything would be better if I owned this unbearably cool ukulele. I deserve it. I have chickens in my yard. They eat out of my hand. They look puzzled but politely curious when I play the ukulele for them. I don't want much from life (Ha!).
This ukulele was restored and hand painted by some folks in Tucson who call themselves Xylocopa. This is far from the most spectacular instrument they've built, but it's the one that calls my name.
The Chicken and the Bop- Doug Sahm (buy) 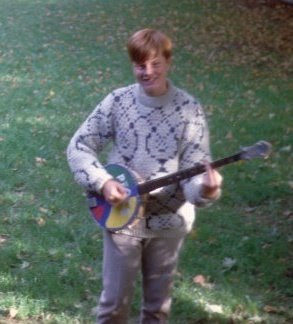 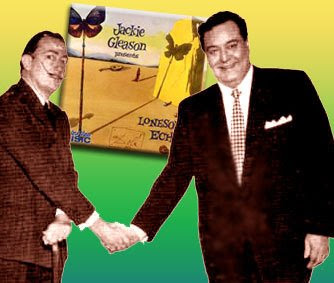 Yeah, plunk this ya motherfucker.

All this by way of working around to explaining that I am down with any number of hep cats and kitties. My hepness has it's roots in New Jersey, directly adjacent to the city that never sleeps. When I was a lad, my pals and I would listen to the Symphony Sid show. That was when radio was extremely cool. I never, ever listen to music on the radio anymore, but when I was a kid I would stay up all night pulling in exotic sounds from all over America.

I listened to Buddy Ray's all night trucker's show on WWVA from Wheeling, West Virginia. They played serious hillbilly music, none of that Countrypolitan crap.

I listened to the preachers on WLIB on Sunday mornings. They weren't like the dreary low church Episcopalians I grew up with. They brought real fire to the gospel. The rumor was that WLIB belonged to James Brown himself. It wasn't true, but it was a cool rumor. Sometimes I swear I pulled in a weak and static ridden signal from WVON, The Voice of the Negro, in Chicago. WVON really was started by Phil and Leonard Chess of Chess Records fame.

When my family vacationed in the Adirondack mountains I would listen to Quebecois rock and roll shows from Montreal. I never understood a word they said, but the DJ's liked to boom out the words, "LES SWINGING BLUE JEANS!!", every few minutes.

Getting back to Symphony Sid. I dug Sid because he opened his show with King Pleasure's magnificent "Moody's Mood". It wasn't until later that I learned Sid had an unimpeachable hepcat Nihil Obstat from no less than the king o' the beatniks himself, Jack Kerouac.

Besides King Pleasure, Sid would play other Be Bop vocalists, like Lambert Hendricks and Ross. I've recently rediscovered the pleasures of that school of jazz. Besides coughing, wheezing, going to work and feeling sorry for myself, I've been listening to this utterly groovy piece of vocal play.

Workshop (AKA Blues for a Debutante)- Eddie Jefferson (buy)

My all time favorite radio find was a 15 minute bluegrass gospel show from a tiny station somewhere in rural Indiana. It was a real, old fashioned live show, featuring old, old men playing and singing in the studio. They made tons of mistakes and occasionally they would just plain trail off when someone, or all of them, would forget the rest of the song. Between songs they would say things like, "Folks, don't be thinking we're tryin' to build ourselfs up into big stars cause we're on the radio. Ever song we sing is strictly for the glory of The Lord."
That was only thirty years ago. They don't have that kind of radio in America anymore and you can't hear it.

The Fourth of Fuckin' July 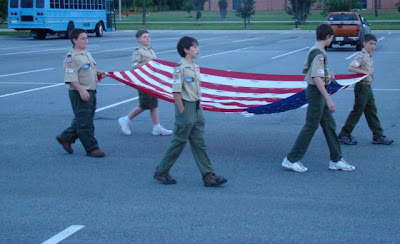 The son of one of the drivers was killed in Afghanistan. He was killed by a rocket on the Fourth of July. There were pictures of him posted in all of the breakrooms. He looked like a boy scout who was hoping to win his desert warfare merit badge; a kid with a nice smile.

We all signed a card for our fellow worker. We all said stupid shit.

"Chuck, we are all sorry to hear of your terrible loss."

I signed the card and said something stupid too.

"Chuck, God bless you and your family."

I wanted to say, "Chuck, I am sorry I could not end this bullshit war." 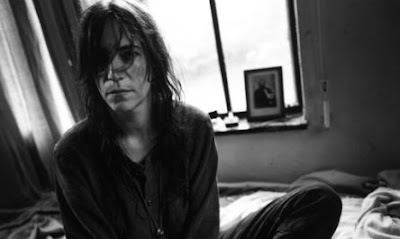 I'm watching this movie, 'Patti Smith- Dream of Life'. It seems like Patti Smith spends a lot of time sitting around in her room by herself. Just like me. She's talking to some guy about all of the times they've had to piss in bottles. She has a lot of odd stuff in her room by the way. She has a cheap stereo. I recognized it. It is identical to the one I bought in the hardware store. Cedar Lake, Indiana. 1978. It really sucked. Wow.

Her daughter has a ukulele.

In some of the older footage she has a real strong Jersey accent. Then she gets older and the accent goes away. Same thing happened to me. Wow again. I have so much in common with Patti Smith. She's real skinny though. I bet if she'd been a bus driver she'd have gotten fat.
Posted by Your driver at 4:02 PM 6 comments: