He's In A Hurry (To Get Home To My Wife) OK, So I decided not to post that song but I'm posting these two other heavies. This CD has a ton of great titles and a hell of a lot of great songs.

Look, is anybody following my logic here? I don't listen to much "punk rock" and I  almost never post any "punk rock" songs here but I think most of what I post here is pretty much punk. Perhaps I am full of shit.

Then again, one of my favorite quotes is, "I used to think I was open minded but then I found out I just liked weird shit." Make of that what you will.

Pardon Me (I've Got Someone To Kill) - Johnny Paycheck (Buy)

I posting this in a hurry but I'd like to pause for clarification. No one has ever exactly defined hipster to my satisfaction but most people seem to agree that hipsters enjoy irony. I'm not a hipster. I like these songs.
Posted by Your driver at 7:20 PM 10 comments: 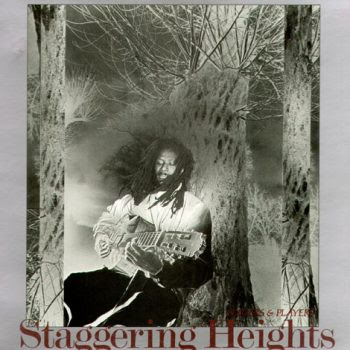 Because life is not all silly songs. Sometimes life is beautiful songs. Around the time this came out I was suffering from some kind of brain fever. Too much liquor, guns, drugs, unhappy girls, poverty and small town life. I was turning into a grown up and life was not trending in a grownup direction. There were, however, these moments of unbelievable clarity. I didn't know what to do with them. The fever would break and I would be granted a moment of peace. Hearing this song was one of those moments.

World Of Dispensation- Singers And Players (Buy everything they ever recorded. Do it.)
Posted by Your driver at 10:15 PM 5 comments:

Breakeroo! Still Keeping It To Once A Month. 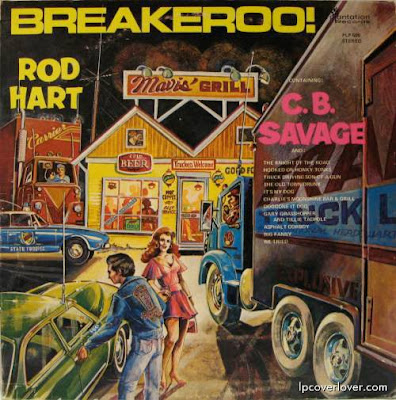 I sent this song to Blogpal Devil Dick but I enjoyed it so much I had to share it with the whole darn blogosphere.
It seems obvious to me that the guy who recorded this is gay. Gay people often have much better and more subversive senses of humor than straight people. That makes the song sort of a double joke. I used to listen to it with my friend, Vern. Vern was a real cowboy, raised on a ranch training rodeo horses. Among other things he used to drive big rigs over the road. He was also gay.
We shared a deep and abiding love of beer and old country songs. When I played this one for him he laughed so hard he pissed himself. I'm sure the beer didn't help.
Last I heard from him, Vern was working for the CHP in Southern California. This goes out to him and all of the other gay rednecks on I-5

C.B Savage- Rod Hart (buy it if you can find it)

Update- Turns out the whole album is available to download at Amazon. Bread on the waters!
Posted by Your driver at 8:52 PM 3 comments: